This post, originally sent to TLS members on June 29, is one of a series updating our view on specific emerging markets — primarily due to compelling near-term circumstances.

In 2008, Brazil’s benchmark stock index, the Bovespa, topped out at an all-time high near 73,000. After nearly a decade-long lull, the Bovespa finally clawed its way back to that level for the first time late last summer. After a brief consolidation, the index pushed its way higher into February of this year, reaching as high as 88,000. Through the early year global equity correction, the Bovespa held firm, consolidating again near those highs into May. Then the bottom fell out.

In the middle of May, the index started dropping. Just 3 weeks later, it was back down to the breakout level of its former highs of a decade ago. We wondered if that former resistance level would now work as support. So far, it has not. 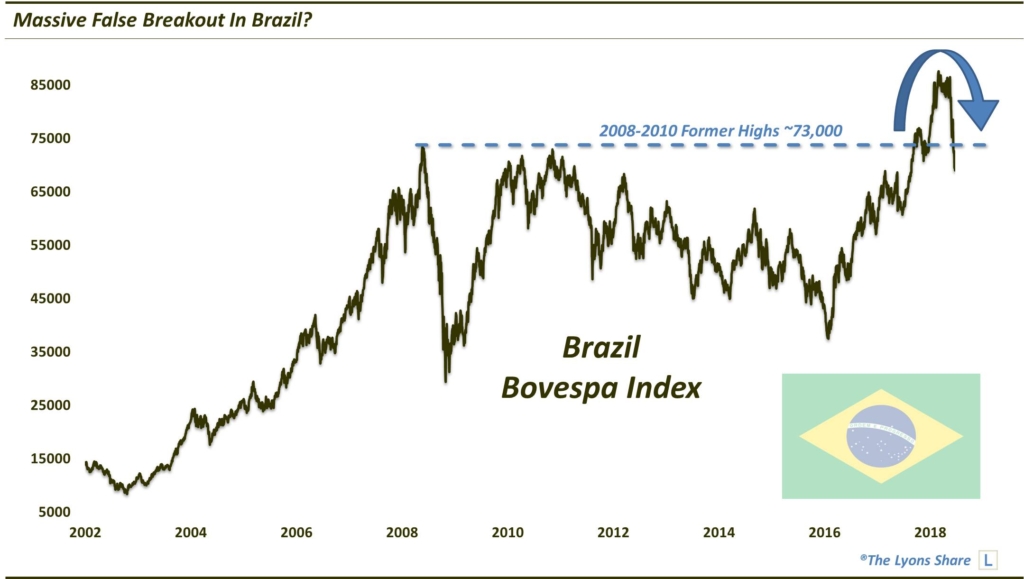 As the chart shows, the Bovespa immediately sliced through its former highs. This leaves the specter of a potential “false breakout” on the chart. Especially considering the magnitude of the attempted breakout (i.e., a level of decade-long importance), a false breakout could bring dire consequences.

So is it a false breakout? Or should this market be given some leeway before making a judgement? Well, if you’ve been watching/listening to our Daily Strategy Sessions, you know that we deem another level just below the 73,000 mark as more critical support. Specifically, it is the approximate 69,000 level which includes an impressive confluence of potential support — largely of the Fibonacci variety: 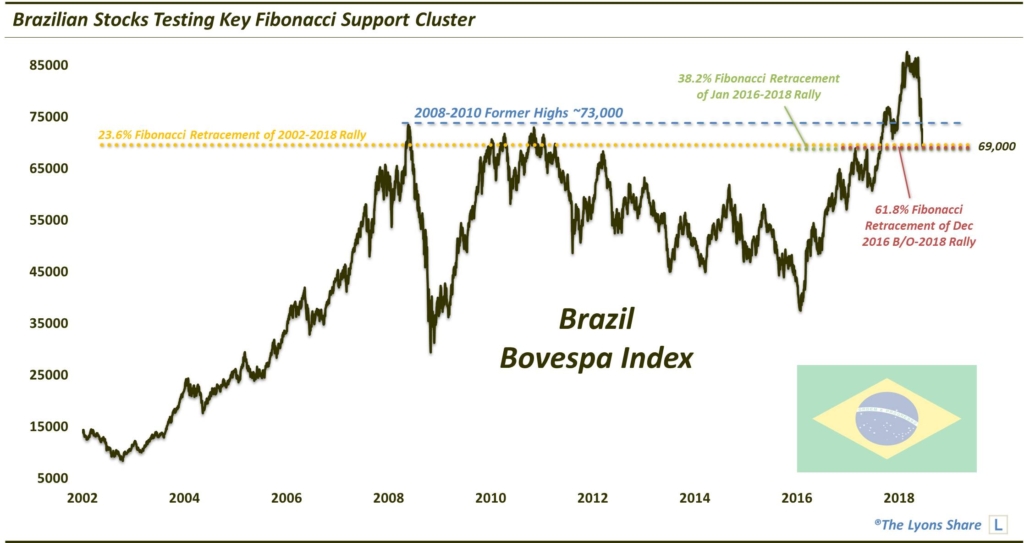 In the loooong- term, we are still substantially bullish on the prospects for emerging markets as many of them are working on breakouts of major, e.g., years or decades-long, bases. Once sustainably broken, it is likely that we see new secular, or at least cyclical, bull markets in these markets. And the potential upside in that scenario could be massive.

However, in between that loooong-term and the potentially imminent near-term bounce, we envision more testing/consolidating/base-building for some time prior to a new bull market. That is likely particularly so should the U.S. Dollar continue to rally in the intermediate-term, as we envision.

However, we should at least see a short-term bounce prior to the next bout of weakness.

END_OF_DOCUMENT_TOKEN_TO_BE_REPLACED

Here are some of the most noteworthy new highs and lows across the markets for Friday, December 6, 2019.   Consumer Staples SPDR $XLP Hitting…