Former market leaders tech and biotech (among others) are testing former breakout levels.

We’ve mentioned that in a sharp correction, support can be just a 7-letter word. In other words, “support” levels may not matter much in a “crashy” decline. That said, even during corrections, there are times when it still seems appropriate to consider the concept of “support”. One instance, as we mentioned in yesterday’s post, is when we’re talking about major years-old, or decades-old, support, as is the case with the Value Line Geometric Composite. Another reasonable circumstance to look at potential support in a correction is when multiple key sectors are simultaneously testing important levels. Arguably, that condition currently applies to a few of the bull market leaders: technology and biotech.

Each of these former (and perhaps still) leading sectors contain funds or indices that are testing former key breakout levels. In technology, it is the Technology SPDR ETF (ticker, XLK). The level that XLK is testing is one that goes back decades: the breakout level of its 2000 high which held for 18 years until it was broken early this year. 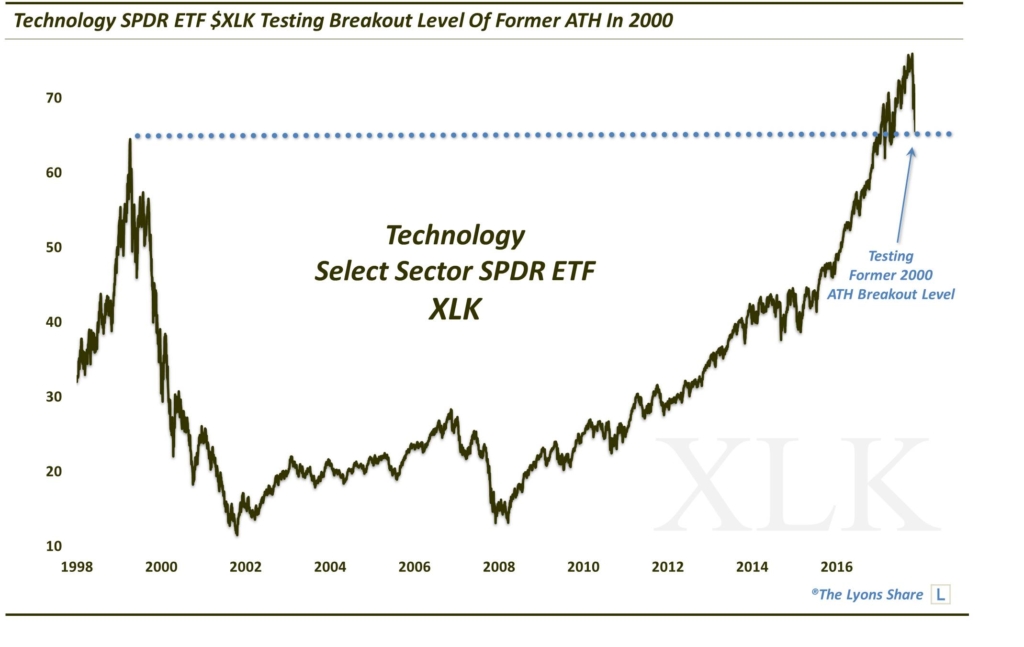 How important this level proves to be remains to be seen. There are frankly more contemporary levels on which we would place a higher priority. Furthermore, the level (near 65.40) is so “old” that some leeway above and below must be granted. However, in our view, the level should still be looked at as relevant to some degree — especially considering yesterday’s low of 65.59.

The biotech example, or examples, are a bit more contemporary. They are also perhaps more compelling based on the presence of other potential support layers nearby. First off, let’s start with the NYSE Biotech Index (ticker, BTK). It is presently testing the vicinity of its former all-time highs in 2015, also breached finally in January of this year. That breakout level is near 4432. 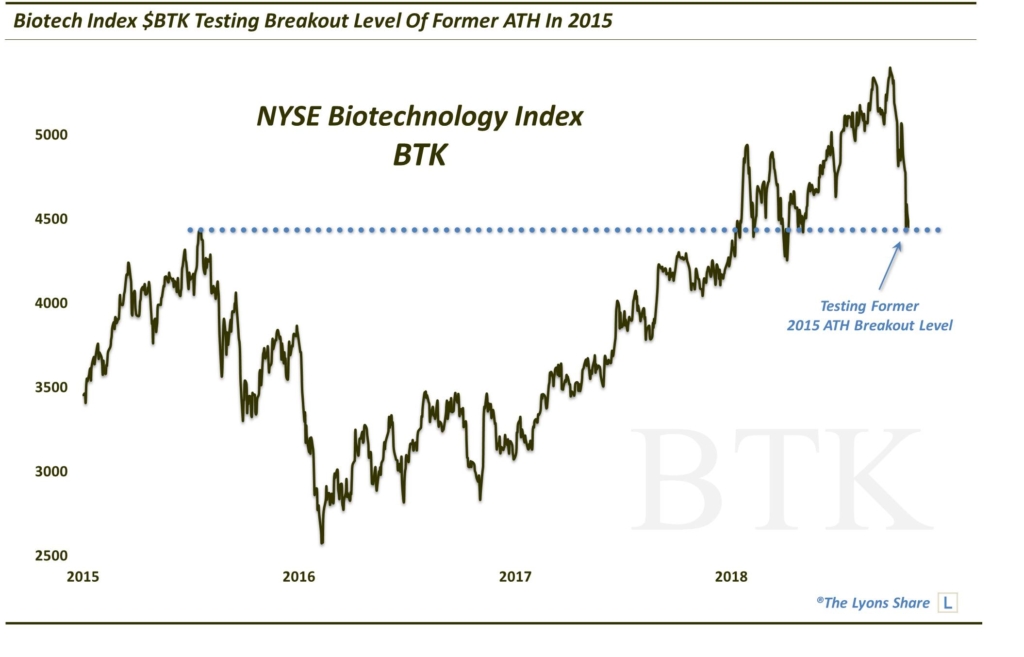 What we like about the possibility of this support holding up (btw, last week’s low close on BTK was 4432) is the presence of key Fibonacci levels stemming from the lows in 2009, 2011 and 2016. Those levels do stretch down to just under 4300, so some leeway can be granted here as well. But the presence of these levels should bolster the BTK support case near here.

As far as the investment vehicle, our favorite biotech ETF continues to be FBT, the First Trust NYSE Biotech ETF. Not only has it outperformed other biotech funds, but it tracks the BTK very closely. Thus, it too is testing the vicinity of the 2015 former all-time highs, near 131.45. FBT also has key Fibonacci levels in the vicinity stemming from the 2016 lows and 2017 breakout area, down to as low as ~127.50. 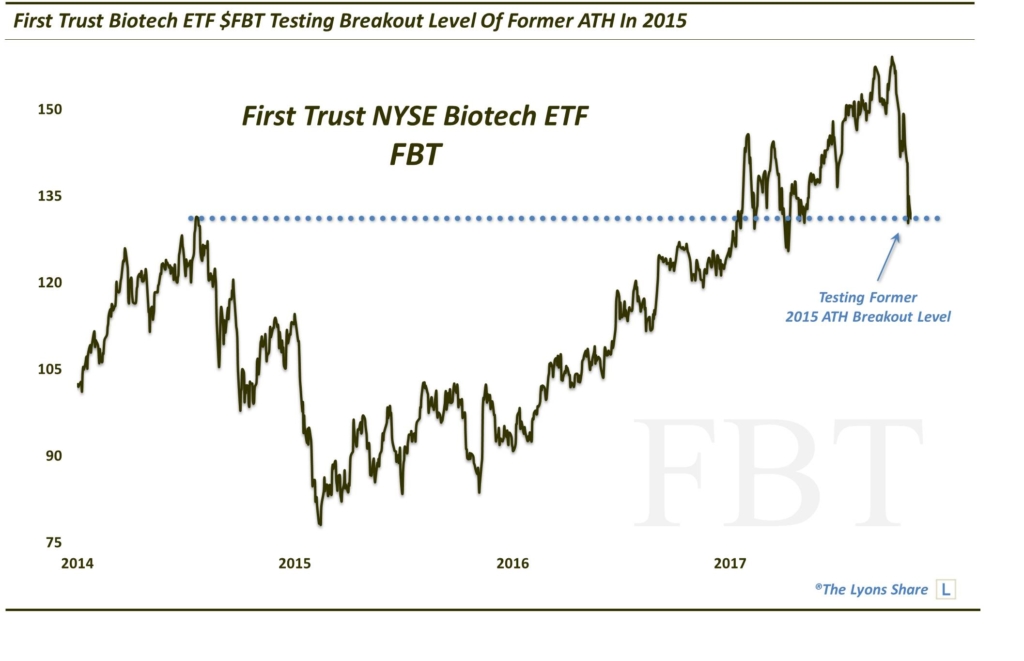 If you’re interested in the “all-access” version of our charts and research, we invite you to check out our site, The Lyons Share. FYI, given the current treacherous market landscape, TLS has extended our CRASH SALE through this weekend. So considering the discounted cost and the current treacherous market climate, there has never been a better time to reap the benefits of our risk-managed approach. Thanks for reading!

Here are some of the most noteworthy highs and lows from across the markets for Friday, August 7, 2020.   SPDR Gold Shares $GLD Hitting…

END_OF_DOCUMENT_TOKEN_TO_BE_REPLACED

Here are some of the most noteworthy highs and lows from across the markets for Friday, May 15, 2020.   Gold Bugs Index $HUI Hits…

END_OF_DOCUMENT_TOKEN_TO_BE_REPLACED

Here are some of the most noteworthy highs and lows from across the markets for Friday, April 17, 2020.   Amazon $AMZN Hitting All-Time Highs…