The following post was originally issued to TLS subscribers on October 2, 2018.

Stocks are entering the best stretch of the 4-year Presidential cycle, historically speaking; but does the recent atypical cycle behavior nullify that optimism?

When it comes to investment decision-making inputs, seasonality is typically pretty low on the hierarchy for us. However, as we have written on occasion in the past, there are some seasonal tendencies that have proven to be rather consistent throughout the market’s history. Some tendencies are short-term patterns around month-end or holidays. Others are longer-term in nature, such as the 4-year Presidential cycle.

As we have noted in the past, the Presidential cycle has proven to be quite reliable over the years. At this particular time, bulls are hoping that’s the case since the cycle is entering its best stretch of the entire cycle, historically speaking.

As the chart shows, the next 3 quarters represent 3 of the top 5 quarters in terms of average returns in the Dow Jones Industrial Average since 1900. 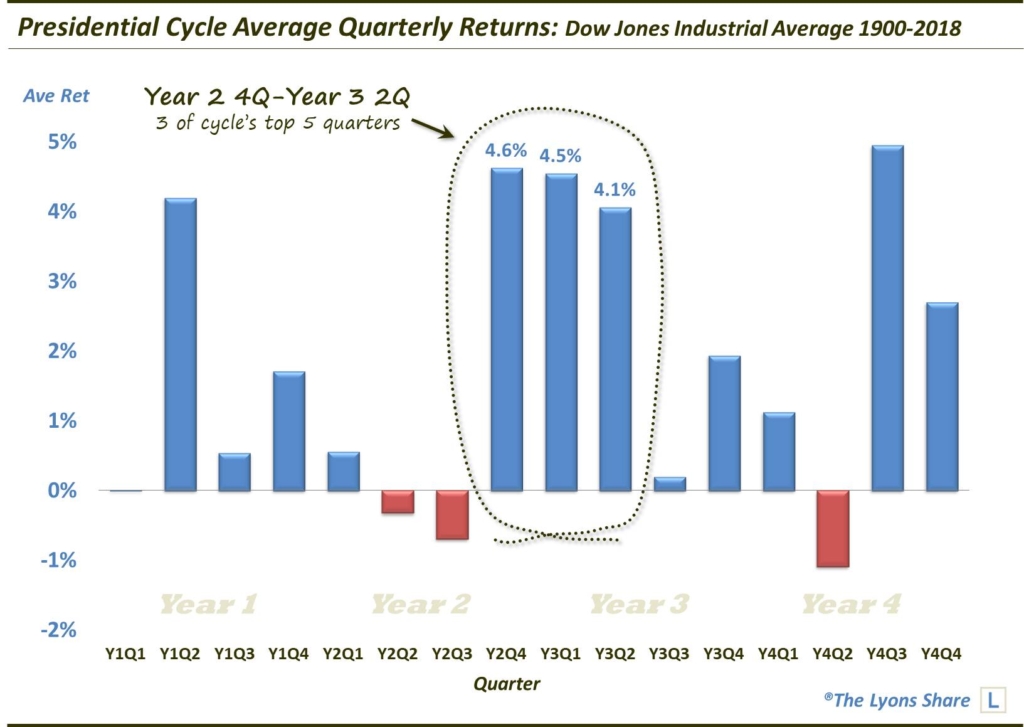 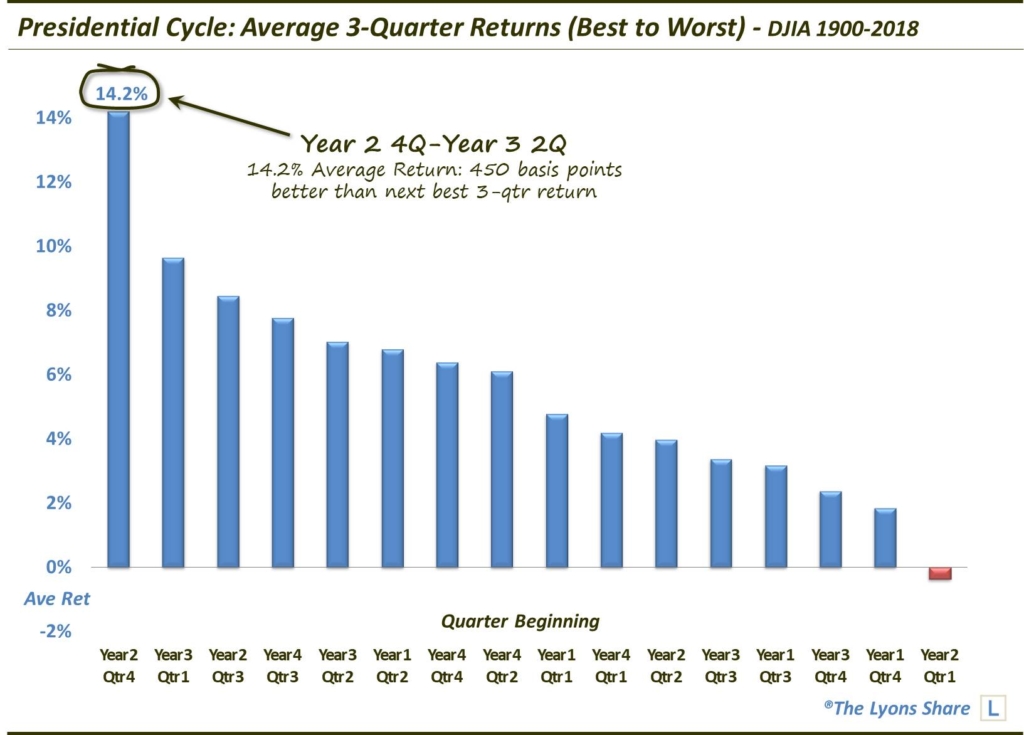 Now, as we always note, seasonality is but a complimentary headwind or tailwind for stocks. There are certainly other more important factors in determining the path of the stock market. Thus, the historically “average” path does not always play out. Indeed, the 2-quarter stretch that just ended is historically the worst of the cycle. Yet, the stock market suffered little ill effects this time around.

So how will the recent out-performance (versus the average cycle) effect the upcoming “best stretch”? Let’s take a look.

So while the Presidential cycle did not follow its historically normal pattern over the past 2 quarters, there is no evidence to suggest that it will mitigate the positivity of the next 3 quarters. What does mitigate the positive seasonality, however, is the fact that we have small-cap and broader market breadth conditions that are starting to deteriorate in a material way. Now, it is possible that we get some sort of a nearer-term correction before finishing strong over the first half of next year.

All in all, this pattern has been impressively consistent throughout the last century. However, it’s not enough to override our current concerns and suggest a more aggressive posture.