The following post was originally issued to TLS subscribers on December 21, 2018.

One of the best SHORT-TERM buying opportunities in years is at hand.

The selling pressure in the stock market has been incessant the past few months — and has picked up considerably in intensity over the past week. But while painful – especially on passive portfolios – there does come a time when an attractive buying opportunity emerges from the ashes. At least, if one is not too gun-shy after getting it handed to them during the selloff. Fortunately we weathered the storm very well, even if we did not clean up on the short side like we would prefer (that will come in the next down-leg). Thus, we can be emotionally (and financially) prepared to take advantage when it looks as if the selloff is running its course. That point is now.

Why do we say that? We like to see 3 things if we are going to attempt to bottom-pick a nasty selloff: washed-out breadth, washed-out sentiment and washed-out prices. We are seeing convincing evidence of all three. An example of washed-out breadth can be seen in the historic number of NYSE New Lows that we commented on in today’s DSS as well as this post. 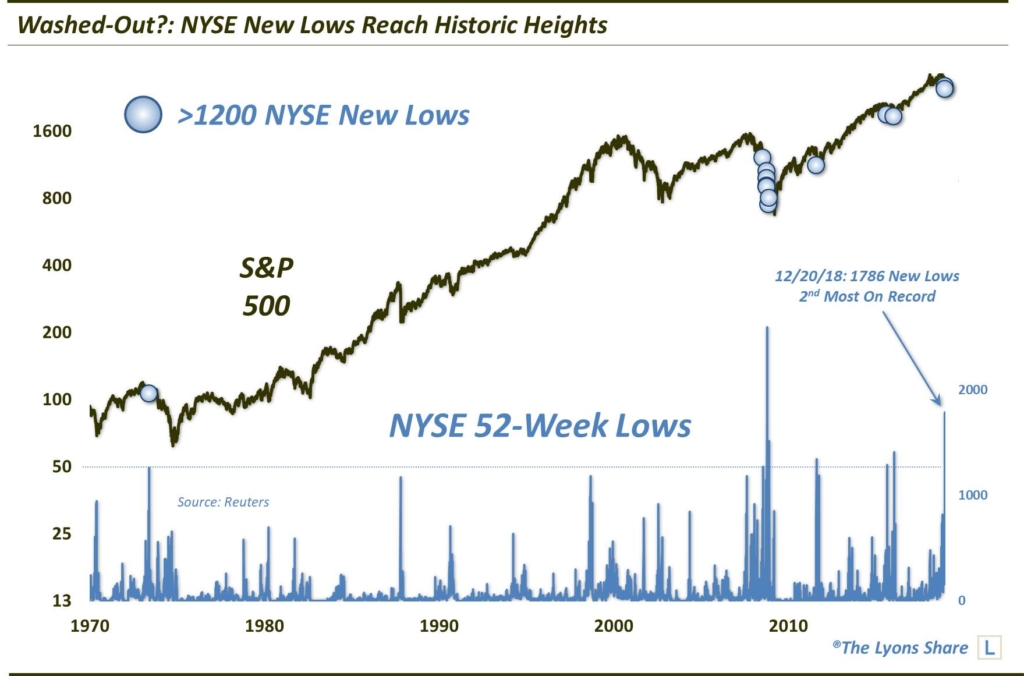 As far as washed-out sentiment, there are many indicators that suggesting so. Not the least of which is the CBOE Total Put/Call Ratio that we highlighted in today’s DSS. If you missed it, it climbed to an all-time high (indicating high fear levels) yesterday. And while it is not a perfect stock sentiment tracker, it was certainly a noteworthy reading, as other sentiment indicators are flashing as well.

Lastly, we have price. We have picked a few spots to cover shorts or dip our toes in during this selloff. When it comes to the S&P 500, some of those spots have produced solid short-term bounces, while others (most recently) have not. However, once we pivoted our focus from a “correction” to a “bear market”, it brought our focus upon one major level in the SPX in particular: ~2400-2410. What is key there? Among other things, the main point is that it is the 23.6% Fibonacci Retracement of the entire 2009-2018 bull market. 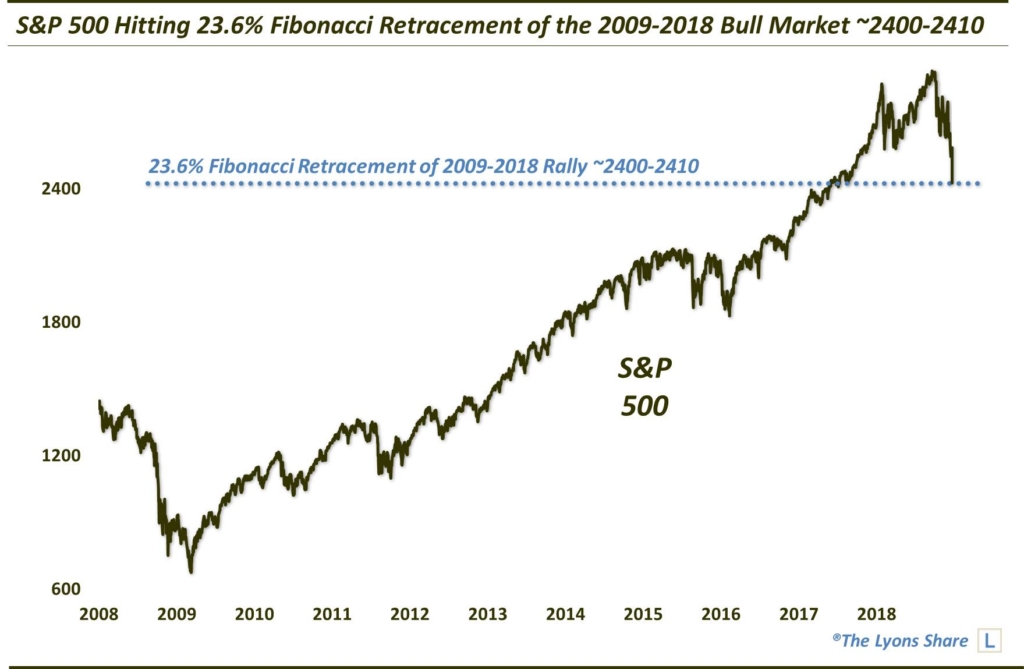 Thus, it should be the first stopping point in a subsequent cyclical bear market, like we think we are starting. The corresponding levels in the Dow Jones Industrial Average is ~22,300-22,600 and in the Nasdaq 100 is 6100-6200.

So doesn’t every point in the long-term cycle then occur about once a decade? Yes, but not every point in the cycle is as reliable as this point has been. Look at May 1966, January 1969, March 1973, December 1980, December 2000 and January 2008 among other times. The point is this signal has been extremely reliable throughout the last century — in the short-term. That is especially so given the washed-out breadth and sentiment.

By the way, I repeat, in the SHORT-TERM. We do not believe we are headed back to the highs, so we will be nimble with this “trade”. But it could very well yield 10%-15% upside in the near-term.

That is worth it for us.