The following post was originally issued to TLS members on January 15, 2020.

Key developments in the stock market are prompting a new phase in our investment approach.

Stocks continue to march higher, rebounding from every minor blip, or dip, that they encounter. And while it is possible that stocks have much further to go — especially if they continue to accelerate into the current melt-up/parabolic type ascent — it will not be without considerable risk. However, because of this new phase of the rally likely unfolding here, we will be pulling in our horns a bit on our recent aggressive approach.

Market rallies are never without risk. However, the stock market advance, in particular over the past 4 months, has been about as close to “best case scenario” as it gets. We had major indices and sectors breaking consolidation patterns to new all-time highs, improving breadth conditions and subdued, almost skeptical sentiment. For that reason, as you know, we have been taking an aggressive BTD (Buy The Dip) approach during the period.

Conditions are changing, however. For starters, as we indicated in our post yesterday, investor sentiment is quickly becoming extremely complacent, almost frothy. Again, this doesn’t create actual sell signals for us. But it does introduce market conditions which make a top, or at least considerable selling pressure, more likely. Additionally, while we importantly do not observe any meaningful internal divergences, breadth conditions and the performance of smaller-cap and broad market averages have begun to stagnate or level off once again.

Most importantly, and actionable, is the fact that several indices, markets and sectors, etc. are encountering potentially key Fibonacci Extension levels. These levels aren’t necessarily impenetrable roadblocks. However, they are likely to at least stall the advance or lead to meaningful pullbacks. As mentioned in yesterday’s posts (and in the DSS posts the past several days), examples include tickers like XSD, XLK, QQQ and the S&P 100.

And most significantly, as we have been eyeing for months — the S&P 500 is approaching the key 161.8% Fibonacci Extension of its 2018 decline. That line falls just above the 3300 level. As that level is fast approaching, we are shifting our Short-Term Outlook to BEARISH for the first time since November 15. It is also the first time the S-T Outlook has moved off Neutral since a BULLISH signal on December 3 — over 200 points lower on the SPX.

What does this mean?

As always, stay tuned to the Daily Strategy Sessions every AM for further updates on these developments. 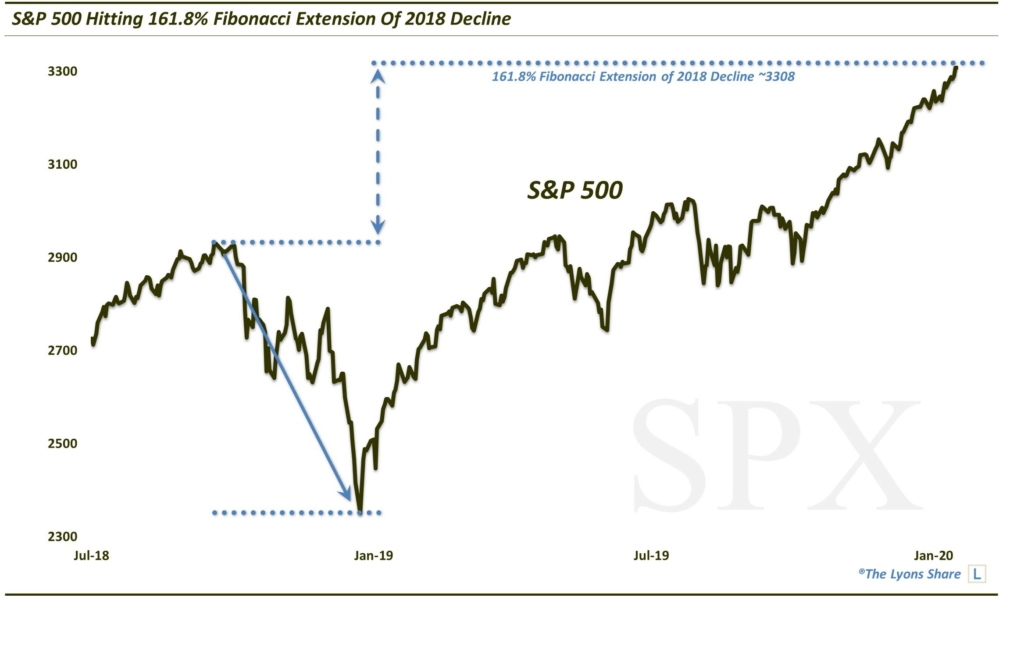 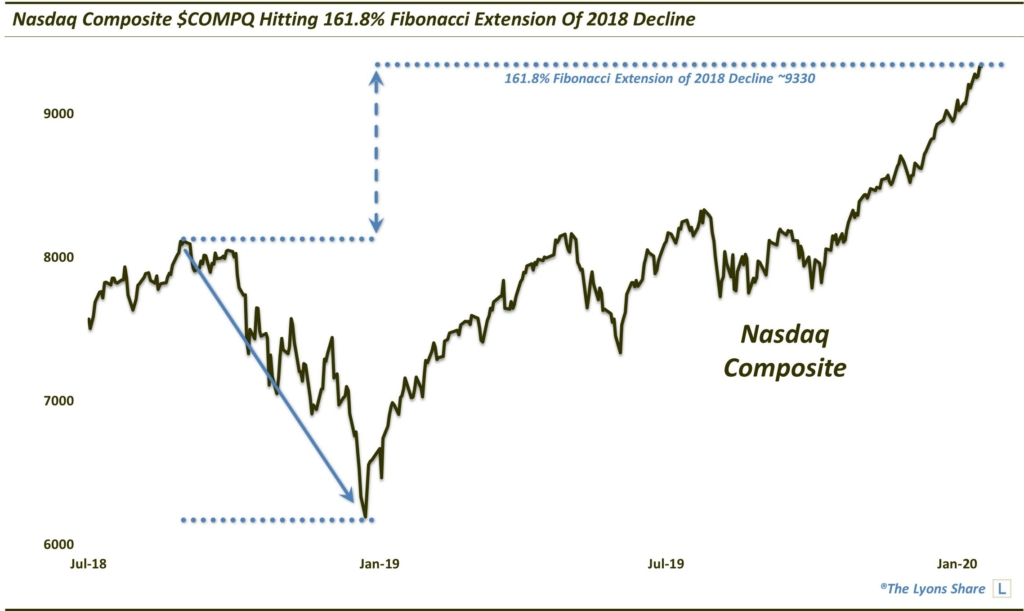