When judging the quality and potential sustainability of a risk-on rally, we like to see participation by a broad number of stocks in the market. As such, the prospects for the current stock market rally may be less than stellar. That’s because we have seen a recent “thinning out” of participation in this bounce — at least during yesterday’s “rally”. That’s because, while it is but one day’s worth of data, yesterday’s rally in the popular large-cap averages was accompanied by historically poor breadth and participation. Here are a few examples:

The S&P 500 rose by a half a percent yesterday. However, the gain was accompanied by less than 40% of both advancing issues and advancing volume on the NYSE. That has only happened 3 other days in history — all during or leading into cyclical bear markets. 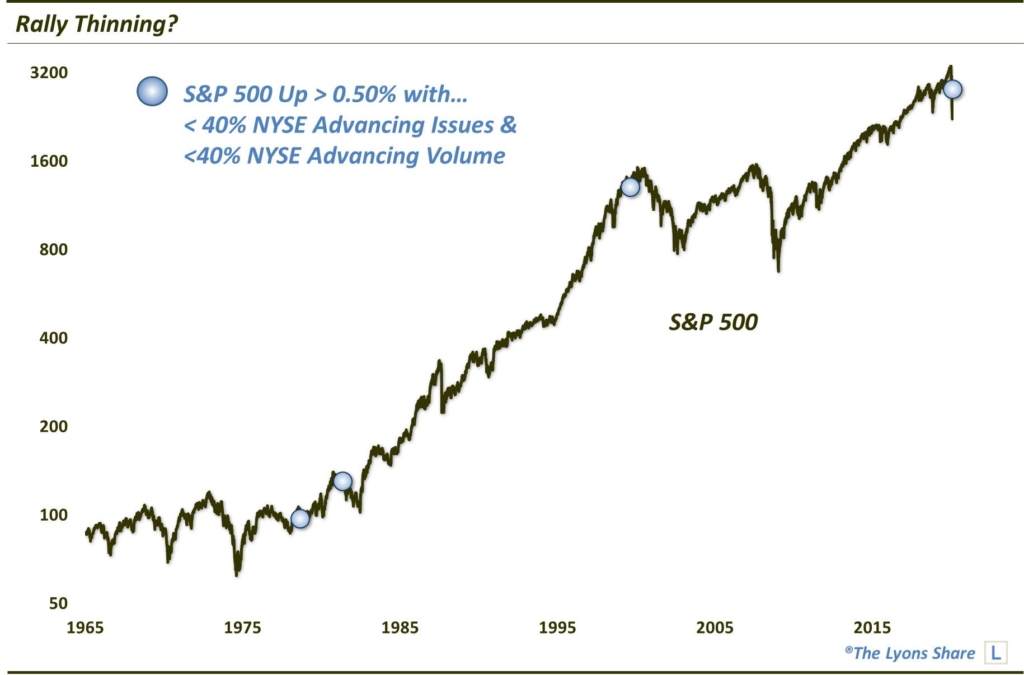 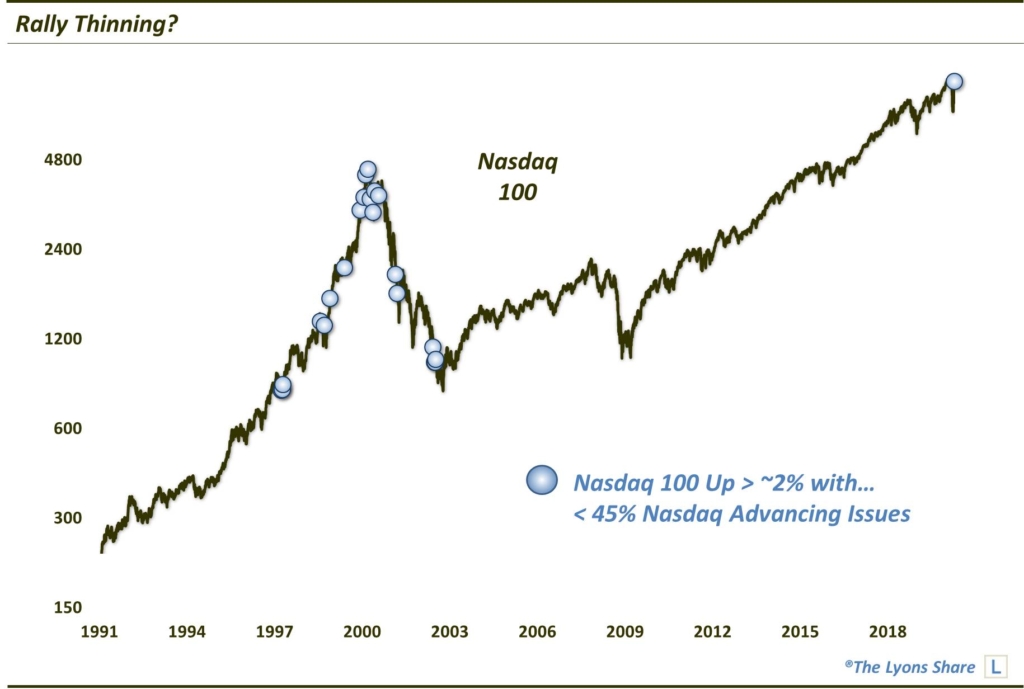 Lastly, yesterday’s rally was confined to the mega-caps as evidenced by the fact that while the NDX rallied over 1.5%, the small-cap Russell 2000 fell by more than a half of a percent. That was just the 8th such day, historically — and the only one outside of the 2000-2002 bear market. 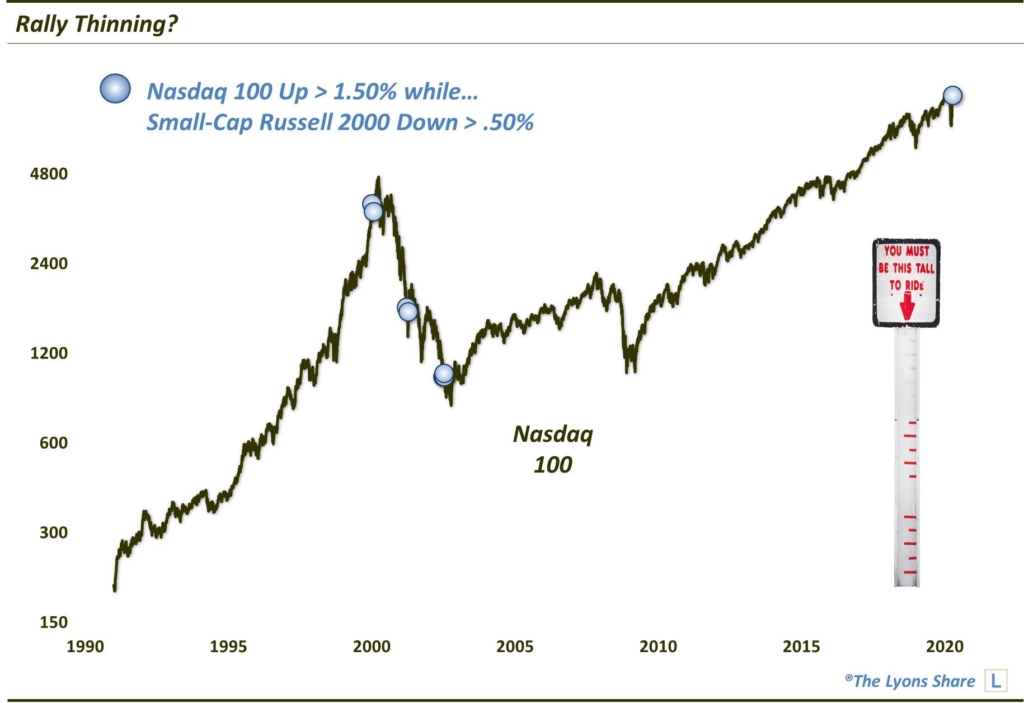 So what does this all mean? Again, it is just one day’s worth of data. And possibly we see the broad market come back and “catch up” to the major averages. Indeed, we are seeing a bit of a reversal in fortunes today. However, overall, signs of low participation like this during rallies call into doubt the sustainability of such risk-on moves. And perhaps most meaningful of all is the timing of similar historical precedents. Specifically, we have ominously seen these types of days almost exclusively during longer-term bear markets.

This doesn’t meant the market can’t bounce a bit more in the near-term. However, investors may think twice about the prospects for a return to bull market environment that we’ve witnessed for the past many years.

How much “stock” are we putting into this data point? If you’re interested in an “all-access” pass to all of our charts, research — and investment moves — please check out our site, The Lyons Share. You can follow our investment process and posture every day — including insights into what we’re looking to buy and sell and when. Thanks for reading!