The 2nd half of years ending in “7″ have historically exhibited the stock market’s worst semi-annual performance.

Seasonality in stock investing is a tricky thing.  In one way, some of the most profitable and a reliable timing systems are those which depend only upon seasonality.  On the other hand, emotionally and rationally, they are extraordinarily difficult to implement, at least exclusively.

That is why we treat seasonality as either a minor headwind or tailwind with which to tweak our investment posture.  Again, however, some of the historical seasonality trends are so compelling that, at a minimum, they command our acknowledgment.

Consider, for instance, another trend along the same lines as the 3rd example mentioned above. Given our current year “2017”, we were recently pondering the unfortunate fate that has befallen the stock market during the most recent years ending in a “7”.  There was the market top of 2007, the Asian crisis in 1997 and the crash of 1987.  It got us wondering if this was just some recent fluke – or if there really was a sort of a curse around “7” years.  So we got out our history books (i.e., we scrolled to the left on our chart of the Dow Jones Industrial Average) to check previous “7” years going back to 1900.  As it turns out, 7 does indeed appear to be quite unlucky.

Consider the track record for the back half of “7″ years:

So, at first blush the track record looks pretty lousy. But is it any worse than most semi-annual periods? Yes.

Here are median returns for all half years based on their ending digit. 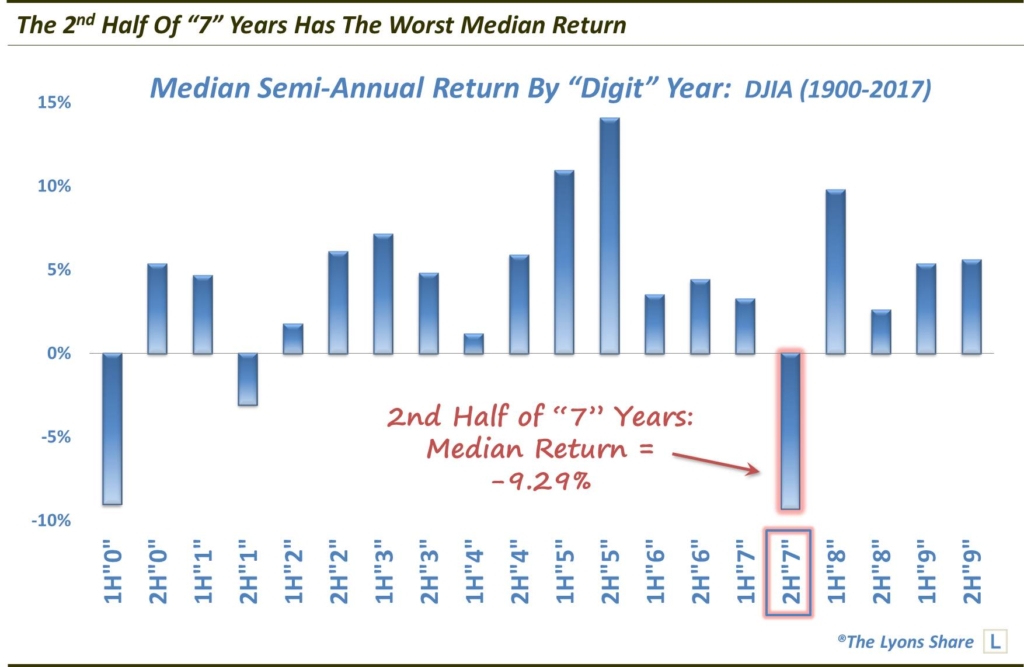 Looking at drawdowns, the picture is just as bad. 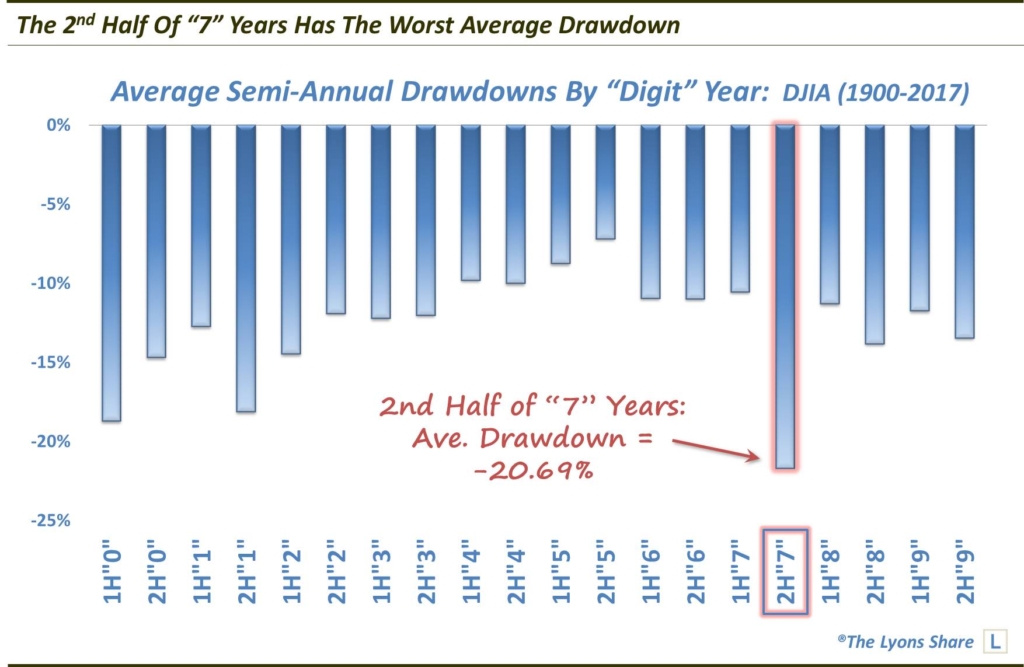 Thus, when we were pondering the rough ride that stocks have suffered over the past several “7″ years, its historical track record is actually even worse. Again, while we are not about to construct a trading system based on this data point, considering the overwhelming evidence, it does at least have our attention.

So, while the stock market remains in an uptrend, and hitting new highs in some cases, we do have an open mind that it may get “unlucky” at some point in the back half of this year.

If you want this “all-access” version of our charts and research, we invite you to check out our new site, The Lyons Share. Thanks for reading!