One of the key components, and perhaps drivers, of the recent stock market plunge was the activity within the volatility market. As everyone was aware, the monetary size (and one-sidedness) of the “short volatility” trade in recent months grew to mammoth proportions. As everyone was also aware, that position became untenable. Everyone knew that sooner or later, the short vol trade would blow up, just not how or when. Well, the spectacularity and unpredictability of last week’s blow-up did not disappoint (unless you were knee deep in short vol).

As for the “when”, that too had been previously unknown, or unknowable. The trade certainly succeeded for far longer than most anticipated. For example, in a post in late September, we mentioned that “Non-Commercial speculators in VIX futures had built up their largest net-short position (~175K contracts) of all-time, by a long shot. Given the wildly imbalanced bet against volatility, these traders must have recognized the tremendous risk involved. Yet, like the picture we included in that post of the man mowing his lawn in the shadows of a tornado, traders continued to add to their short vol positions, and avoid any stormy weather…until the past few weeks. 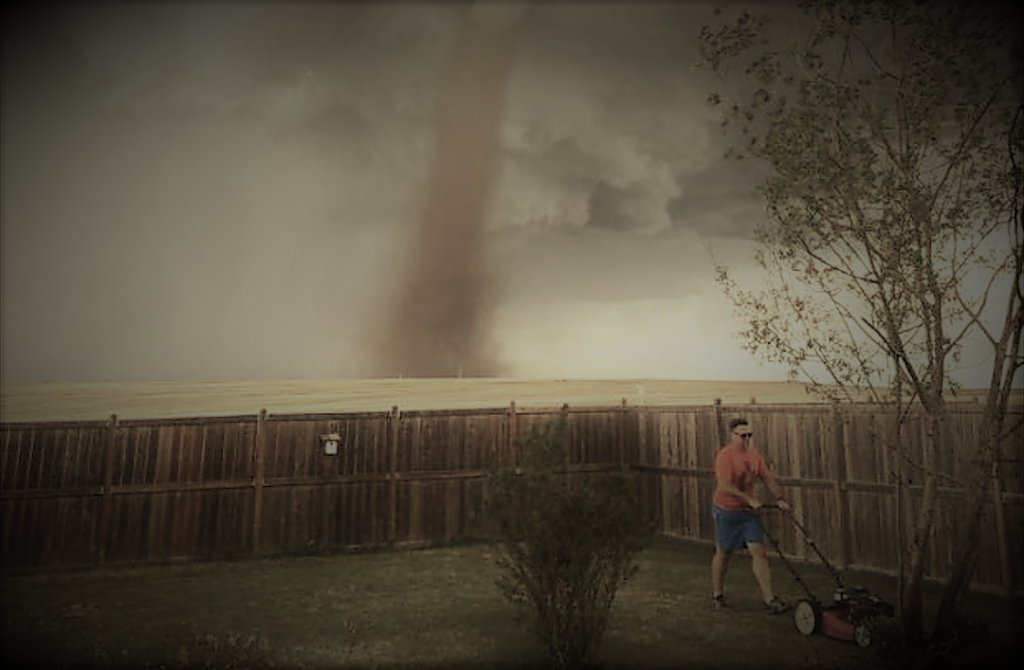 We knew the short vol blow-up would be devastating, but we didn’t know exactly how it would unfold, or how extensive the unwind would be. Now that the dust has settled a little bit, we see that, in some cases, it was an absolute and total unwind. Not only that, but in the case of the VIX futures speculators, they have actually pulled a complete 180 and now hold the largest net-long position (~86K contracts) in the history of the contract (as of a week ago). 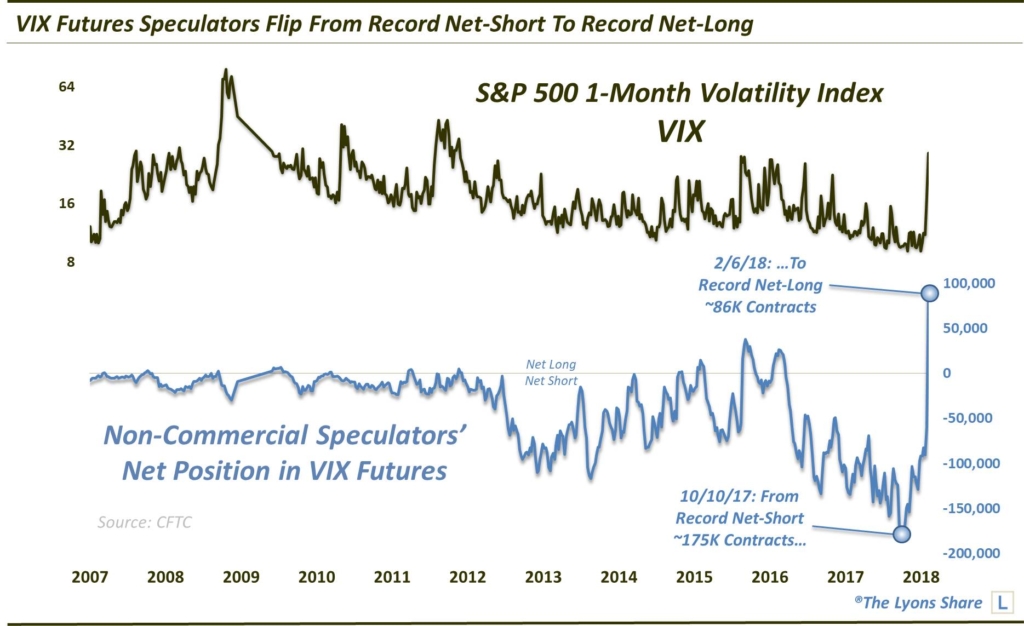 With the notoriously “dumb money” speculators (at least at extremes) at their largest net-long position ever, we are left to wonder if they have now gone too far in the other direction. Are they too prepared for continued elevated volatility and is vol liable to settle back down again? And by extension, was the stock selloff overdone, opening the way for a further snap-back rally in equities?

Those questions certainly may be answered in the affirmative going forward here in the near-term. Perhaps the most important takeaway, however, is the broad commentary on the risk inherent in the volatility market. To go from the largest net-short position of all-time to the largest net-long in such a short time gives you an idea of the suddenness of the potential moves here as well as the fragility of this market.

You certainly won’t catch us mowing the lawn in front of this tornado.

If you’re interested in the “all-access” version of our charts and research, please check out our new site, The Lyons Share. We are currently commemorating our 1-Year Anniversary with our BIGGEST SALE EVER for a limited time. Therefore, there has never been a better time to reap the benefits of our risk-managed approach. Thanks for reading!