Long-term interest rates are facing a potentially key test on their path to higher levels.

As it turns out, the TYX was successful in its breakout attempt, facilitating a swift jump from around 3% up to that resistance that we laid out near the 3.22% level. In the month since, the TYX has gradually pulled back off of that resistance. It is now back down to its “regime-defining” breakout point near 3%. This could be an important test for the long-term rising rates campaign. 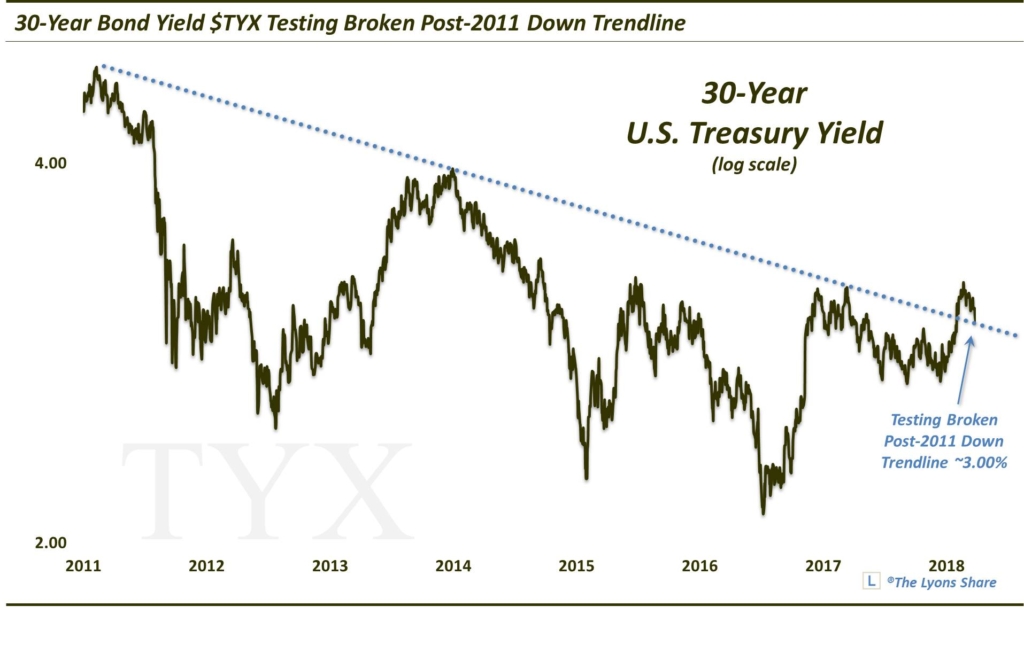 In the long-term, we think rates are headed materially higher for years, and even decades, to come. If the 30-Year Yield can hold this ~3% level and rebound in short order, it will bode well for the prospects of a continued march higher for rates in the near-term as well. If the TYX fails to hold here in the 3% area, then it’s a good sign that more work needs to be done, i.e., consolidation or further pullbacks, in the near-term before resuming the long-term ascent.

As always, we will keep The Lyons Share members informed of critical levels on the TYX and TNX — and all of the major markets — on a daily basis in our Daily Strategy videos as well as other Premium Posts. If you are interested in the Premium version of our charts and research, check out our “all-access” service, The Lyons Share. You can follow our investment process and posture every day — including insights into what we’re looking to buy and sell and when. Thanks for reading!