A slew of global equity markets are testing key bull market Up trendlines.

After a few slow weeks, our #TrendlineWednesday feature on Twitter today was more prolific. Much of that can be attributed to a wide array of equity indices testing key bull market uptrends. Specifically, several are testing their cyclical bull market Up trendlines – primarily from early-2016 lows (although, some of us would argue that the cyclical bull actually still stems back to 2009). In any event, these ~2-year old trendlines hold considerable significance. They have provided the necessary support to maintain the bull markets’ pace of advance thus far. Therefore, a break of such support would undermine the pace of advance, at a minimum – and potentially subject the markets to meaningful downside pressure.

As mentioned, several of these trendlines are under siege currently from a number of equity indices, both domestically and abroad. Leading off, due to visibility, is the Dow Jones Industrial Average which is testing the Up trendline from its early 2016 lows. 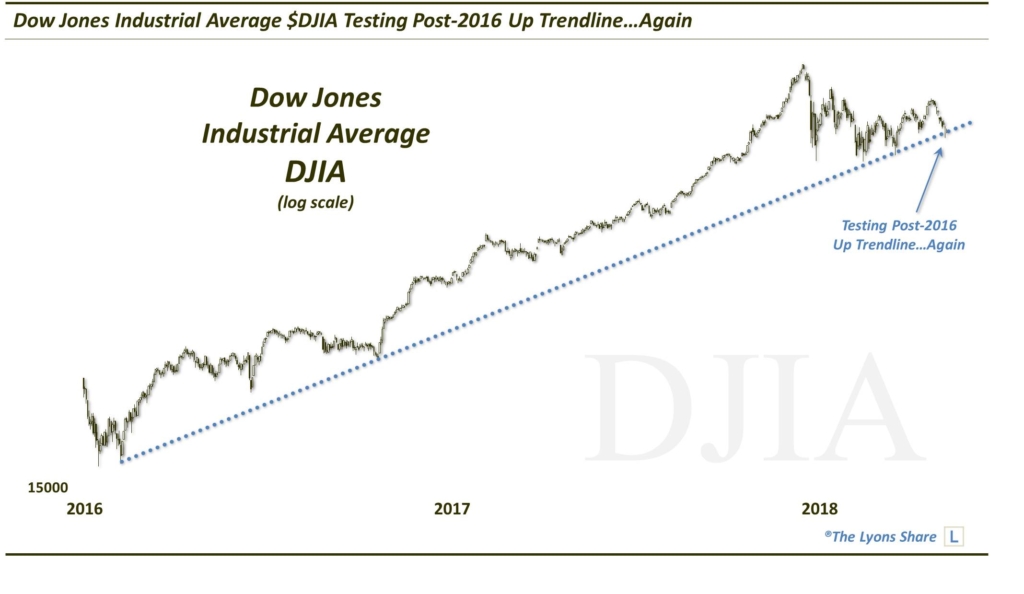 Similarly, the broader NYSE Composite is also testing its post-2016 Up trendline. 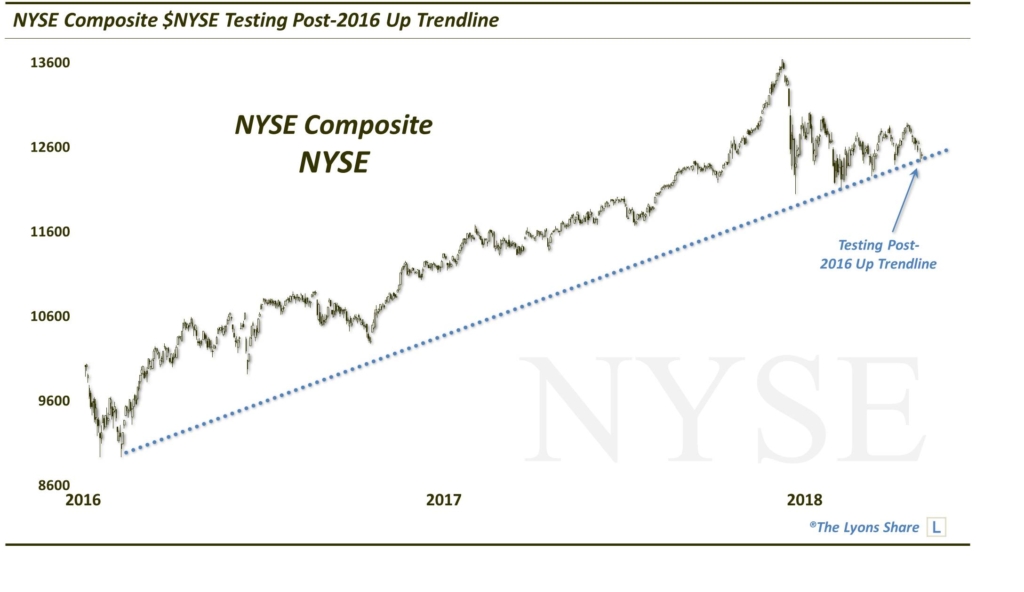 As we mentioned above, it’s not just U.S. indices experiencing tests of their bull market uptrends. In Hong Kong, the Hang Seng is also testing the Up trendline from its 2016 lows. 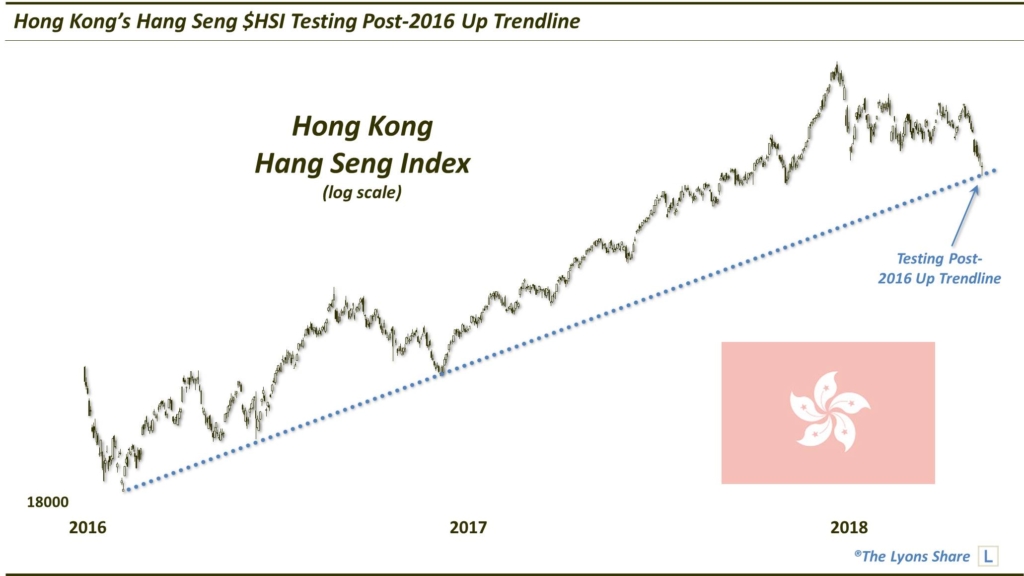 And around the world in Chile, we see it’s benchmark stock index, the IPSA likewise testing its post-2016 Up trendline. 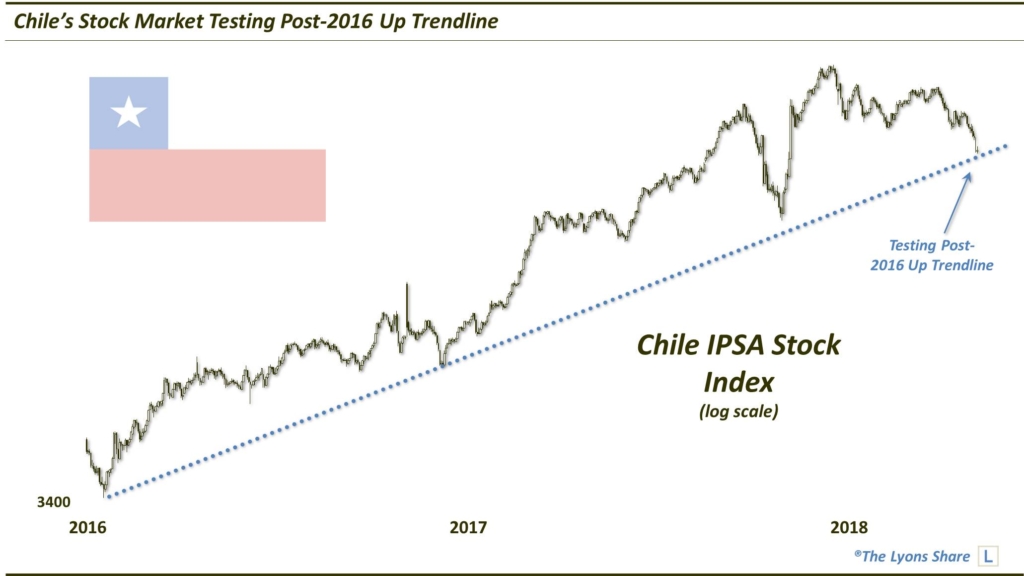 Finally, another emerging market, Taiwan, is testing its Up trendline stemming back to its cyclical low in 2015.

So what will become of all these key trendline tests? Time will tell. There are markets that we like a great deal — and others that we don’t. But the fact that we have an abundance of tests underway simultaneously suggests that we’re at another important juncture in the global market — so stay on your toes.

END_OF_DOCUMENT_TOKEN_TO_BE_REPLACED

Taiwanese stocks finally make new highs after 30 years. As our members and followers know, we monitor all types of markets in all types of…