Big down months off of highs have led to bear markets in the past.

Everything was going just fine for investors at the end of September (well, maybe not under the surface). The major averages closed right near all-time highs, just in time for quarterly 401(k) statements. Then October happened and, well, you know…a nearly double digit drawdown intra-month in the Dow Jones Industrial Average (DJIA) and an eventual loss of more than 5% for the month. But, that’s just one bad month, right? Not the start of a new trend or anything? Certainly, only the future knows the answer to that. However, the past may suggest that it may be more than a 1-month hiccup. 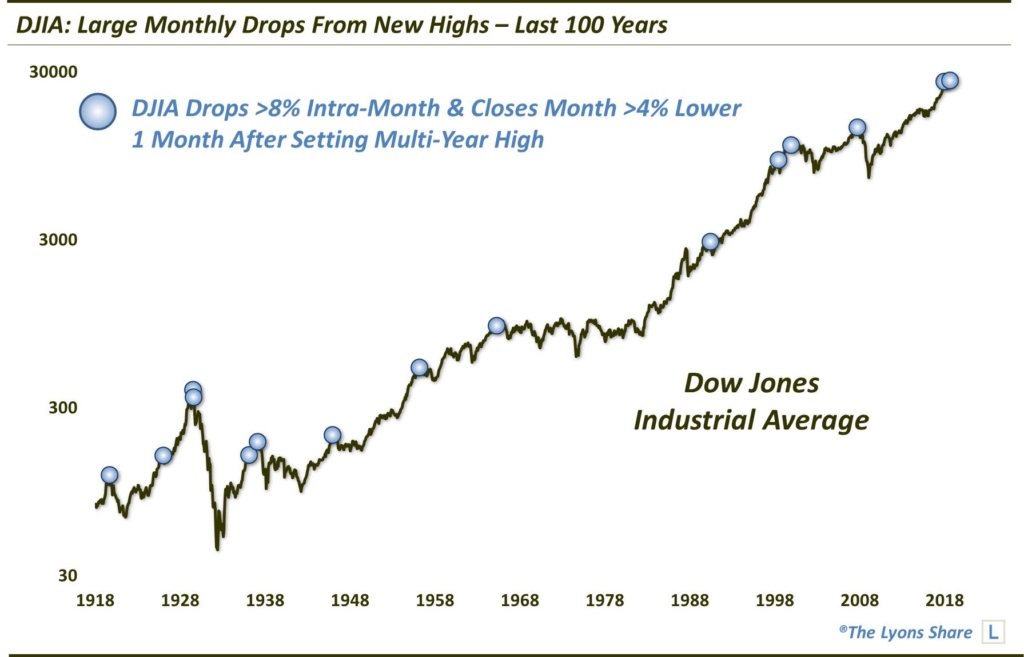 Now, we’ll show the months and aggregate performance in the table below. However, the best message is probably drawn by a glance at the chart above and the inordinate number of significant tops marked by such month “rug pulls” — including cyclical tops in 1929, 1937, 1946, 1965, 2000 and 2007. (The 1-month return signifies the drawdown month). 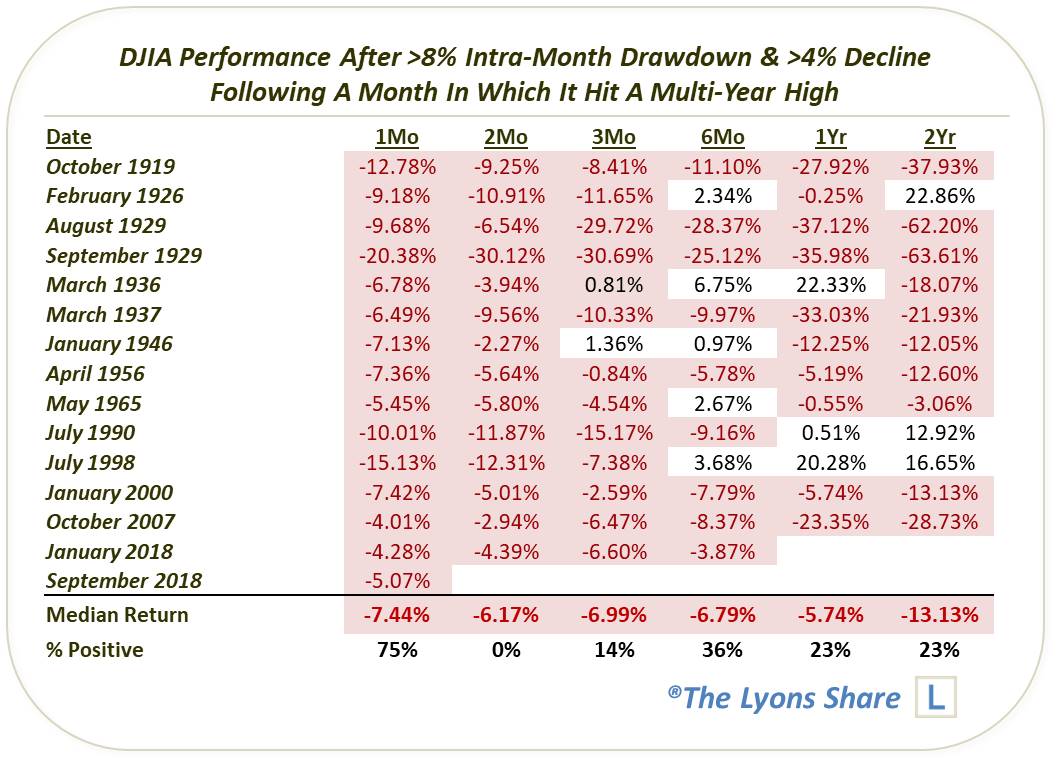 So will history repeat again in 2018? It remains to be seen. We certainly aren’t going to hang our hat on this single data point. However, it does fit with much of our other analysis and, because of that, we would not put it past the bears to form another significant top here.

If you’re interested in the “all-access” version of our charts and research, we invite you to check out our site, The Lyons Share. FYI, given the current treachorous market landscape, TLS has extended our CRASH SALE through this weekend. So considering the discounted cost and the current treacherous market climate, there has never been a better time to reap the benefits of our risk-managed approach. Thanks for reading!