We are unlocking this member post in real time as an example of the type of charts posts we share in identifying potential entry/exit points in specific markets and tickers.

Back in late October — the last time the market was melting down — we issued a post to TLS members identifying a level in a key sector that may just be compelling enough to stop the bleeding in the market. Titled “Finally Some Support To Bank On?“, it targeted a potential support level in, you guessed it, the bank sector. Specifically, it was focused on the KBW Bank Index (BKX) and the potential support near the 93.50 level in the form of: 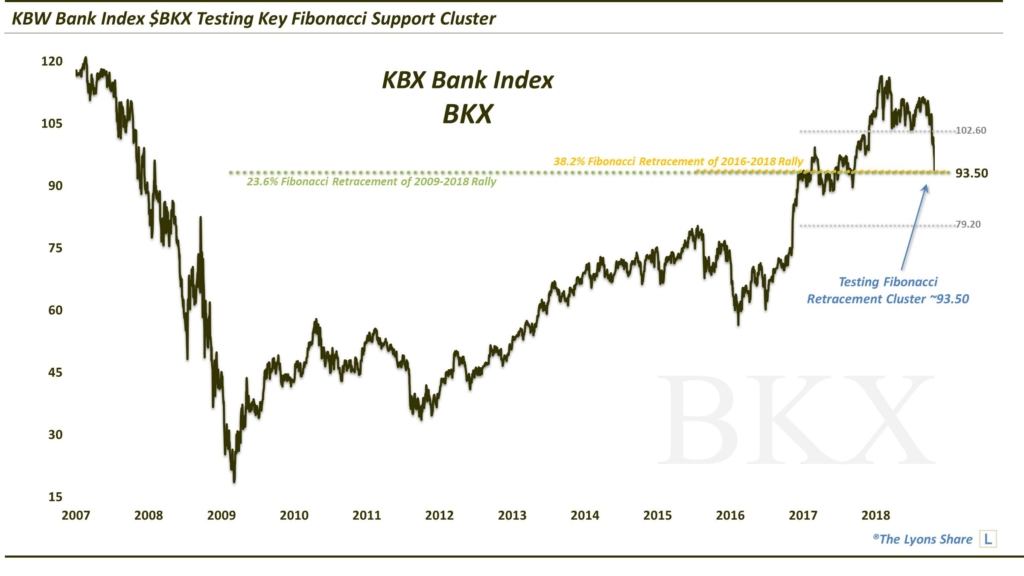 The index would indeed find support at that level, holding the low of 93.65 set on October 24 — at least temporarily. We closed out the post by providing our likely key resistance above and next support below that 93.50 level.

A multi-week bounce in the BKX would initially hit near the resistance target at 102.59 on November 9 before making an ultimate intraday peak at 103.14 on December 3. Then the next meltdown would ensue. In a matter of days, the 93.50 level would be broken and the onslaught toward 79.20-79.40 would be on. 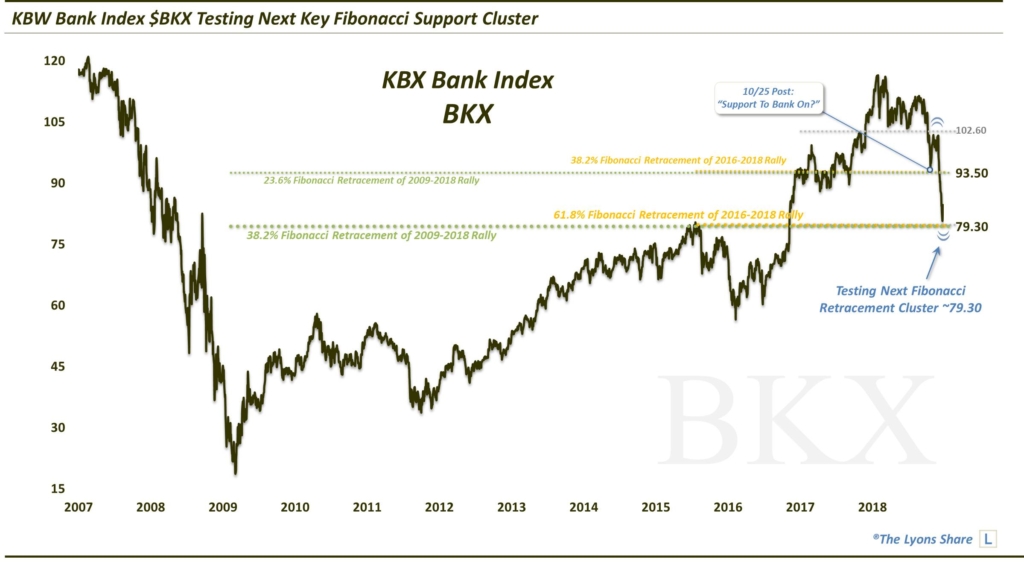 As the chart shows, the next Retracement levels in the Fibonacci sequence line up near 79.30, including:

So is this 79.30-ish level new support that investors can bank on? Well, in this market, it is difficult to bank on anything. However, like the upper level at 93.50, we would expect at least a temporary hold by the BKX in the vicinity of that level — not precluding further testing of the level, FYI. And given the sector’s importance, maybe it will contribute to a boost in the overall market.

END_OF_DOCUMENT_TOKEN_TO_BE_REPLACED

Here are some of the most noteworthy trendline developments across the markets for Wednesday, September 20, 2019. CRB Commodity Index $CRB Testing Post-2014 Down Trendline   KBW…