Does Fibonacci analysis “support” a major top nearby in the stock market?

When considering difficult math problems, it is, at times, easier to work backwards. Start with the answer and work your way back. So it can be with various charting techniques as well. That includes one of our favorite forms of analysis — Fibonacci — as we demonstrate in today’s Chart Of The Day.

Fibonacci represents a mathematical sequence found in many areas of life, including nature and financial markets. In the markets, we often see prices “retrace” portions of moves in magnitudes consistent with key Fibonacci levels. And sometimes we can identify key potential support levels on charts — and then measure potential targets, or tops, based on the Fibonacci sequence. For example, take a look at what this technique may be suggesting regarding a major long-term top in the world’s most famous equity index. 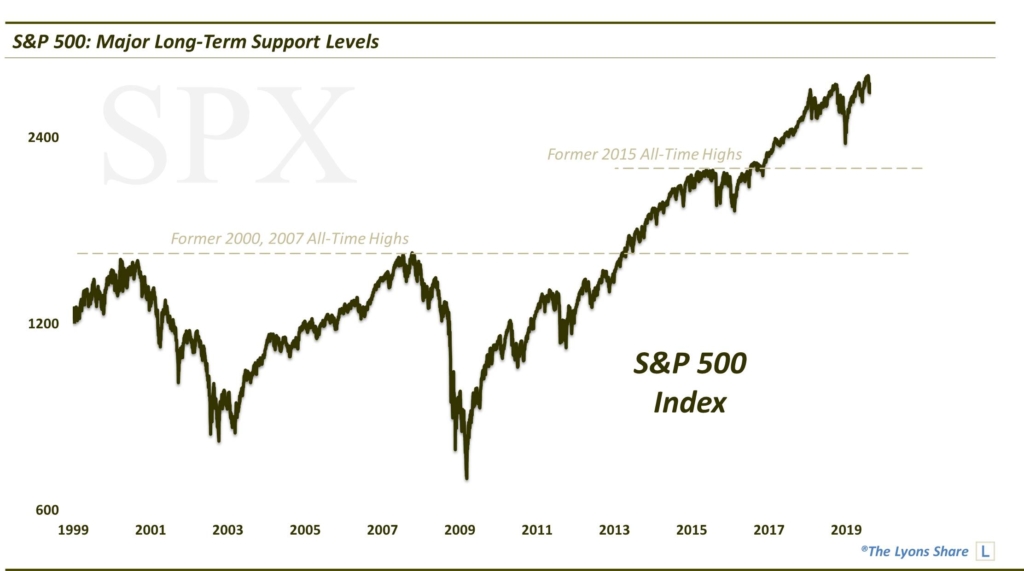 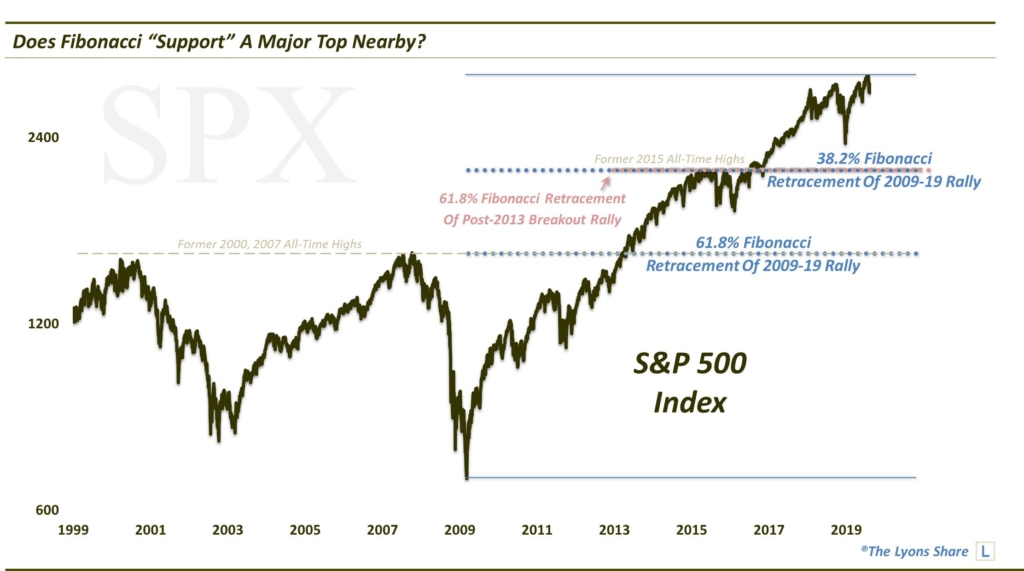 Is this voodoo analysis? Some might say so, but it’s really just a mathematical sequence. Is it a coincidence? Not likely as we have found the Fibonacci sequence to be far too reliable far too many times to label this scenario a coincidence. Does it guarantee that the recent highs in the S&P 500 marked a major long-term top? Of course not.

However, we don’t believe the pattern is a coincidence. And if the proximity of these important Retracement levels to the most obvious and important superficial long-term support levels on the chart of the S&P 500 is not by chance, then the index may just be forming a major top nearby.

If you’re interested in the “all-access” version of our charts and research, please check out our site, The Lyons Share. You can follow our investment process and posture every day — including insights into what we’re looking to buy and sell and when (FYI, we are getting some important signals of late in our longer-term quantitative risk model). Plus, our Pre-FALL Sale (25% OFF!!) is kicking off THIS WEEKEND so it’s a great time to sign up! Thanks for reading!